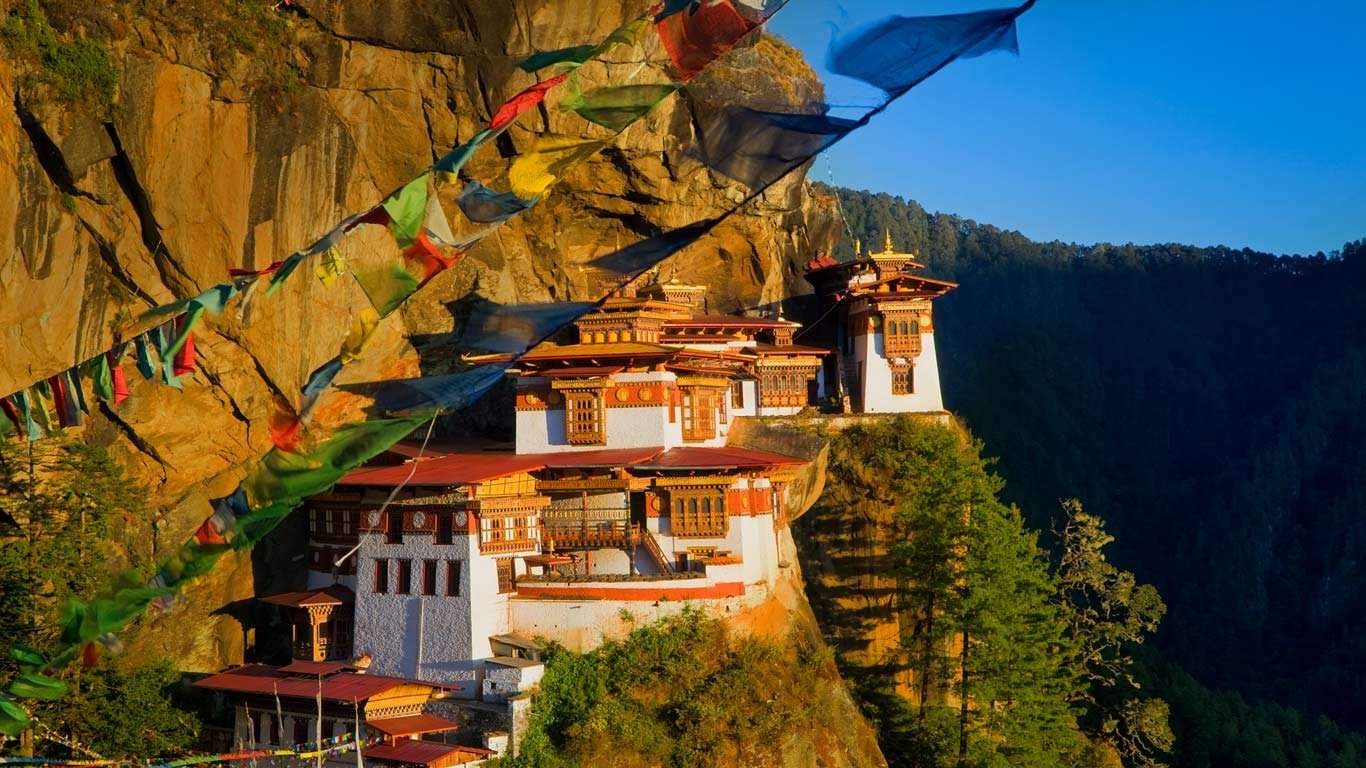 Spring and autumn are the best seasons to visit Bhutan, particularly the months of October and November, when the skies are clear and you can get stunning views of the mountain peaks. For those who wish to catch a Bhutanese festival, especially the masked dance of the monks, the months to be there are October and March.

Bhutan’s climate ranges from tropical in the south, to temperate in the center of the country, to cold in the north. Weather can vary dramatically from place to place, day to day or even within the same day. In the Thimphu and Paro valleys, daytime temperature in winter averages 20° Centigrade during clear winter days but drops well below freezing during the night.

Mid December to early January can be beautifully clear and dry in Western Bhutan. Fluctuations are not so dramatic in summer and daytime temperatures often rise to 30° Centigrade.The Punakha and the central valleys tend to be warmer. The high mountain peaks are snow covered through the year and the mountain passes, especially Thrumsing La (between Bumthang and Mongar), can be treacherous during winter. Thimphu and Paro have light snowfall in winter, and once in a while comes a heavy snowstorm.

The rain laden monsoon winds hit Bhutan from late May to early October. Valleys in the inner mountains receive less than 800 millimeters of precipitation annually, while the lowlands receive as much as 5,500 millimeters. The views of the Himalayas are completely obscured by clouds and rain from May to August. The spectacular rhododendrons bloom in the verdant valleys in this season. Autumn, October and November, is mild and “fall colours” are dominant. Spring is multihued and can only be compared to an artist’s palette.