Posted on February 17, 2020Categories Things To Do, Travel BlogLeave a comment

Bhutanese architecture consists of Dzong and everyday varieties. Dzongs in Bhutan were built as fortresses have served as religious and administrative centers since the 17th century. Secular lordly houses emerged as a distinct style in the late 19th century during a period of relative peace in Bhutan. Throughout its history, Bhutan has mainly followed the Tibetan tradition of Buddhist architecture.

The Driglam Namzha codifies the traditional rules for the construction of the dzongs as well as ordinary buildings. Under the direction of an inspired lama the fortress is constructed by citizens who historically participated as part of their tax obligation to the state. Modernly, however, traditional structures are built by wage laborers, straining the government’s ability to repair and preserve dzongs in particular.Traditional architecture remains alive in Bhutan. As recently as 1998, by royal decree, all buildings must be constructed with multi-coloured wood frontages, small arched windows, and sloping roofs. Traditional western Bhutanese structures are often made from wooden frames earthen material, namely wattle and daub interior walls, rammed earth exterior walls, and stone and earth retaining walls. No plans are drawn up, nor are nails or iron bars allowed in the construction. Many traditional structures feature swastikas and phallic paintings. Bhutanese dzong architecture reached its zenith in the 17th century under the leadership of the great lama Shabdrung Ngawang Namgyal. The Shabdrung relied on visions and omens to site each of the dzongs. Modern military strategists would observe that the dzongs are well-sited with regard to their function as defensive fortresses. Dzongs were frequently built on a hilltop or mountain spur, or adjacent to important streams.Dzongs comprise heavy masonry curtain walls surrounding one or more courtyards. The rooms inside the dzong are typically allocated half to administrative function (such as the office of the penlop or governor), and half to religious function, primarily the temple and housing for monks. This division between administrative and religious functions reflects the idealized duality of power between the religious and administrative branches of government. Buddhist temples (lakhang) in Bhutan are often relatively simple single-story structures surrounding a courtyard. Most also feature high thresholds. They are often adorned with a red stripe along the upper walls, and gilded copper roofs. There is sometimes an antechamber at the entry.

Internal walls and congregation halls of Bhutanese temples are decorated with painted and appliqué frescoes and murals. Religious themes predominate, especially the life of Buddha, the legends of Guru Padmasambhava, and protective deities.

Monasteries (gonpa, goenpa) follow two architectural traditions: cluster and dzong. Cluster types seem to present the oldest tradition of monastic architecture in Bhutan, in which one or two temples is surrounded by clusters of housing for its monks. Chortens, receptacles of worship akin to stupas, dot the land. Pilgrims and locals circumambulate chortens in order to gain merit. Larger Bhutanese domed chorten are hewn of stone and whitewashed in the Nepalese style. Smaller flared chortens in Tibetan style are found in eastern and central Bhutan, often accompanied by a protective wooden superstructure. The native Bhutanese style is a square stone pillar with a khemar near the top, sometimes accompanied by a ball and crescent to depict the sun and moon. This indigenous style represents a kind of reduced form of the classical stupa. Yet another style of chorten is supported on two pillars, under which people pass to gain merit. 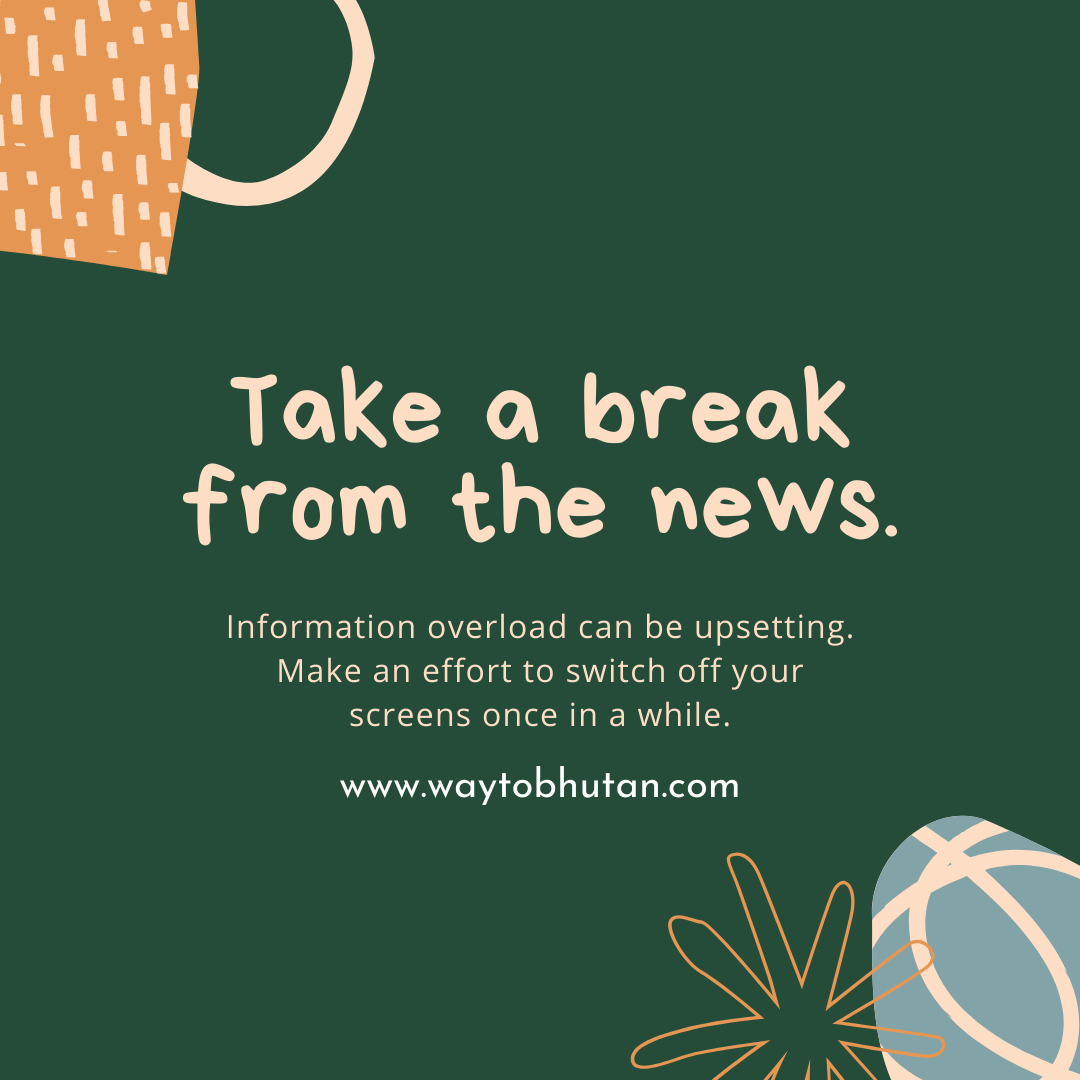 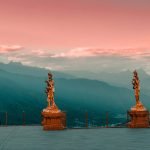 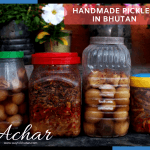