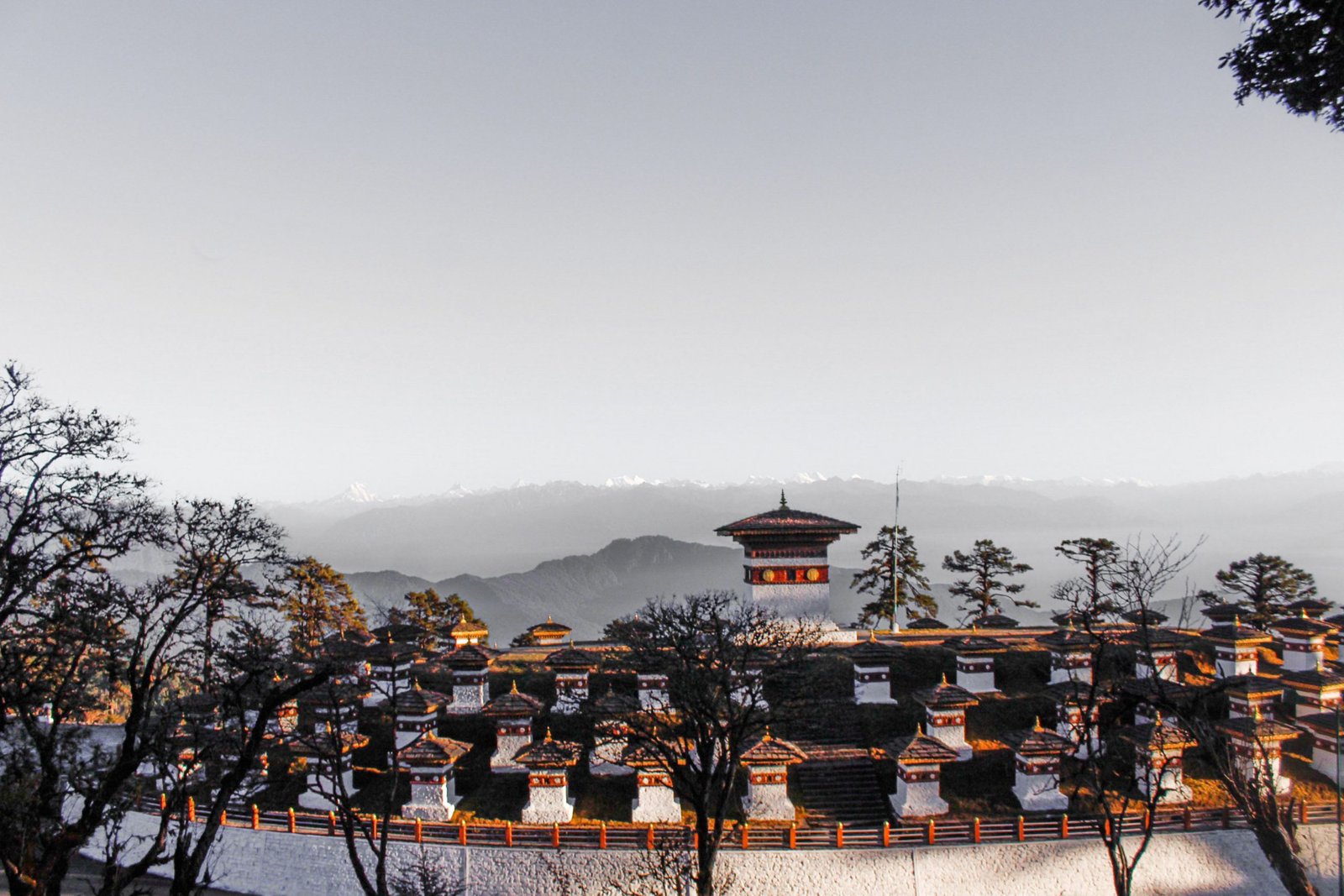 Welcome to Bhutan – the Land of the Thunder Dragon – one of the most sought after travel destinations today.

The land of the thunder dragon kingdom is a trekker’s paradise and an environmentalist’s dream. With 72 percent of the country under forest cover, Bhutan’s pristine ecology is home to rare and endangered flora and fauna.

This spiritual land is the last bastion of the Vajrayana school of Mahayana Buddhism, which provides the essence of a unique identity for the 735,553 people.

Bhutan is a unique blend of the old and new. Here is a country that is slowly opening up to the modern world in a fine balance with its ancient traditions. Those fortunate enough to visit Bhutan describe it as a unique, deeply spiritual and mystical experience. This kingdom is an adventure like no other.

65% of Bhutanese live on farms, in remote hamlets, amidst sylvan settings. The fast life that is both the badge and bane of modern living is alien to the season-paced lifestyle of these agrarian folk. The national dress is a distinctive one, finely woven from multicolored, vibrant-hued wool, cotton or silk.

The male attire is called a “gho” and the female, the “kira”. Jewelry is primarily coral, turquoise, pearls and agate set in exquisitely crafted gold and silver.

The cuisine of the country is robust with lots of meat, cereals and vegetables, liberally spiced with chilies. Salted butter tea, called “suja”, which may sit strangely on occidental tongues, is customarily and frequently served along with puffed or pounded rice and maize. Potent rice, wheat, and barley wines are brewed locally. Bhutanese food is generally good. Set meals for travelers tend to be on the bland side because local food is heavily seasoned with red chilies and can be quite hot. Most hotels provide meals buffet-style.

Bhutanese religious dances are called “CHAM” and there are a large number of them. Dancers wear spectacular costumes made of yellow silk or rich brocade often decorated with ornaments of carved bone.

For certain dances, they wear masks, which may represent animals, fearsome deities, skulls, the manifestation of Guru Rimpoche or just simple human beings. Bhutan is one of the most religious countries in the Tibetan Buddhist world. And like in all Buddhist nations, festivals have a special place in the hearts of its residents. Most of the Bhutanese festivals commemorate the deeds of the Buddha.

Archery is the popular and perennial national sport played usually with bamboo bows and arrows. An integral part of most festivities, archery matches are gala affairs with music, dances, drinks and fun.The game of archery is not exactly a sport that draws frenzied supporters out for a kill. There are no die-hard fans and no follow-the-team-to-kingdom-come fanatics. And no streaking hooligans. If anyone is all pumped up, it is the archers themselves. To the Bhutanese, it’s a tourist sport and a very saleable one at that too. It has tremendous tourist appeal. Archery is tradition; it’s songs and dances and jeers and near-primitive howls.

Jumolhari (7,314 meters (23,997 feet)) sometimes known also as “the bride of Kanchenjungja”. Gangkar Puensum is the highest mountain in Bhutan and the highest unclimbed mountain in the world with an elevation of 7570 meters and a prominence of over 2990 meters. After Bhutan was opened for mountaineering in 1983, there were four expeditions that made failed summit attempts in 1985 and 1986. Kula Gangri (7,554 meters /24,784 feet) is claimed by many authorities to be the highest mountain in Bhutan but this is disputed by others, who claim that Kula Kangri is wholly in Tibet. The first ascent was in 1937 by Chapman and Dawa Lama.

Takin: The ‘Dong Gyem Tsey’ is Bhutan’s national animal for its uniqueness and strong association with the country’s religious history and mythology. The reason why Bhutan selected Takin as National Animal is associated with Bhutan Religious and Mythology, it was during the time Lama Drukpa Kuenly (1455 – 1529) the Divine Madman and Bhutan Favorite Saints known for his outrageous antic. One day his devotees were gathered to witness his magical power and they asked him to perform a miracle. The saint agreed but with the condition that they provided him with lunch which was supposed to be a whole cow and a goat. After feasting himself with the meat, he took out the skull of the goat and fixed with the skeleton of the cow’s body, creating a live animal. The myth is popularly believed and till existence, the same is the story narrated by the experts and old people of the country. 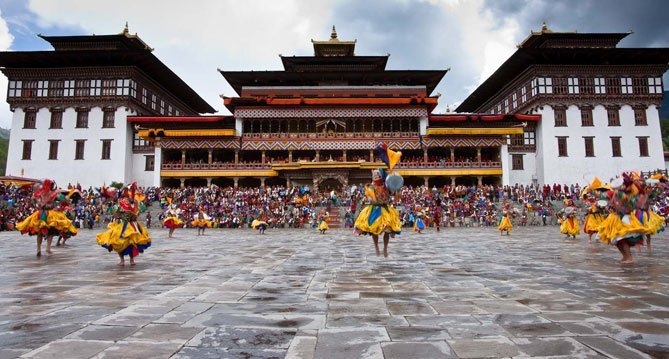 Bhutan is the land where people believe that fluttering prayer flag, hoisted on mountain passes, carry messages and prayers for peace and happiness of all sentient beings in the valley. Bhutan is the last surviving bastion of Tantric Mahayana Buddhism maintained in the form and practiced since the 8th Century AD.