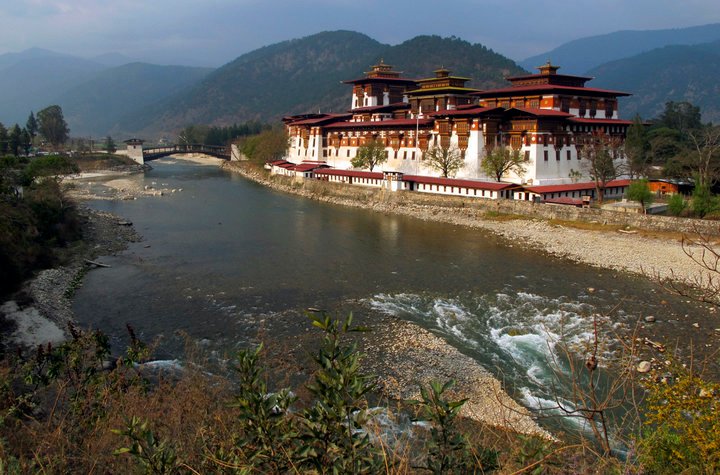 The former administrative centre of Punakha Dzong, one of Bhutan’s largest buildings, is seen in Punakha March 13, 2011. The Himalayan kingdom of Bhutan is becoming increasingly popular for well-heeled travelers keen to explore this remote and unspoiled Buddhist Shangri La. Surrounded by mountains and flanked by India and Tibet, this tiny country has only been opened to tourism for a few decades and its traditional way of life remains miraculously preserved despite the growing prevalence of mobile phones and cable television. Picture taken March 13, 2011. To match Reuters Life! TRAVEL-BHUTAN/ REUTERS/Michael Smith (BHUTAN – Tags: TRAVEL SOCIETY)